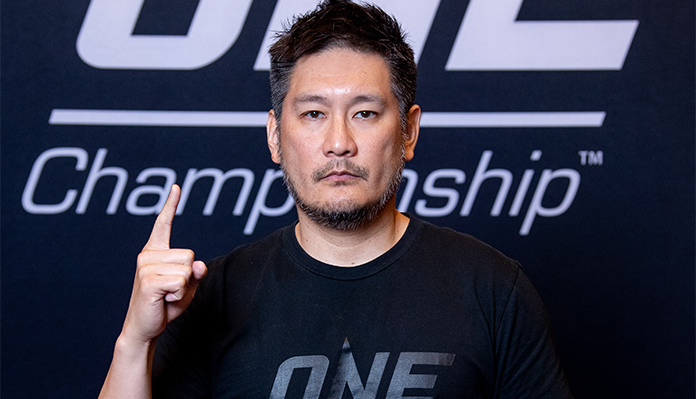 ONE Championship CEO Chatri Sityodtong is working hard to help bring mixed martial arts to the Olympics. There is a real potential for it to be included in the Olympic Games with the sport gaining global popularity.

A team or country approach to mixed martial arts on the biggest international stage would be a fantastic sight to see. We’ve seen some smaller organizations attempt this in the past, but never on a grand level.

Here is a look at how some of the national teams might look if we using ONE Championship athletes to fill out the squads.

The Filipino team might be the squad to beat. There are noteworthy omissions like the Catalan and Kelly brothers, but the list above include current and former ONE World Champions. There is a huge chance Pinoy athletes could sweep a number of the divisions.

Don’t sleep on the Americans. Demetrious Johnson might still be the world’s best mixed martial artist, while Tonon and Nakashima are both still undefeated. Left off guys like Tyler McGuire and Sage Northcutt, but both would be considered.

With two world champions, who happen to be siblings, the organization’s base country would be well represented. The Lees are the shining light of Singapore’s mixed martial arts scene, but Khan is a former world title challenger who is also amongst the elite competitors in his weight class.

For a while, Shinya Aoki was carrying the torch for Japanese mixed martial arts in ONE Championship. Ever since the deal was struck with Shooto, it appears there have been even more Japanese warriors emerging in the scene. As of now, several excellent martial artists could make up a formidable Japanese national team.

There aren’t a ton of Russian martial artists on the ONE roster, but the ones that are from Russia are special. Bigdash and Gafurov are former ONE World Champions, while Nastyuhkin pulled off one of the biggest upsets in recent history when he knocked out Alvarez in the first round at ONE: A NEW ERA in March. While he is of Turkish descent, Dagestan’s Arslanaliev is easily the most dangerous of them all. This group could do some damage in an international team competition.

The Burmese team would be top-heavy with the reigning ONE Middleweight and Light Heavyweight World Champion carrying the bulk of the load. However, the flashy and polarizing Phoe Thaw is a rising star with excellent striking potential. Myanmar would still bank on Aung La, but its national team would be decent and respectable.

The number of outstanding Brazilian martial artists across the world seems to grow by the day. ONE Championship doesn’t lack when it comes to champions and contenders who come from the beautiful South American country. Led by reigning ONE Bantamweight World Champion and all-time great Bibiano Fernandes, ONE Flyweight World Champion Adriano Moraes, along with the rest, the Brazilian team would be fantastic.

It’s only a matter of time before we have our first Malaysian mixed martial arts world champion with ONE Championship. Agilan Thani has been close on a couple of occasions but hasn’t been able to climb that mountain just yet. The same goes for Ev Ting. Even though both men have failed to reach championship status within the organization, the country would still be well represented in an international competition.

There is no shortage of top-notch Thai athletes winning and contending for world titles in ONE Championship. Stamp Fairtex, Nong-O and Sam-A Gaiyanghadao, as well as Petchdam Petchyindee Academy, are all current or former ONE champions in Muay Thai or kickboxing. But the Thai martial artists have yet to make their mark in MMA.

However, the likes of Shannon Wiratchai, Pongsiri Mitsatit, and others have proven to be capable of competing with the best in the world.

It’s hard to determine which country might have the overall edge, but the Philippines, United States, Brazil, and Singapore might be early favorites. Sityodtong is such an innovative visionary, so you can’t put it past him to pioneer this kind of competition within his own organization.