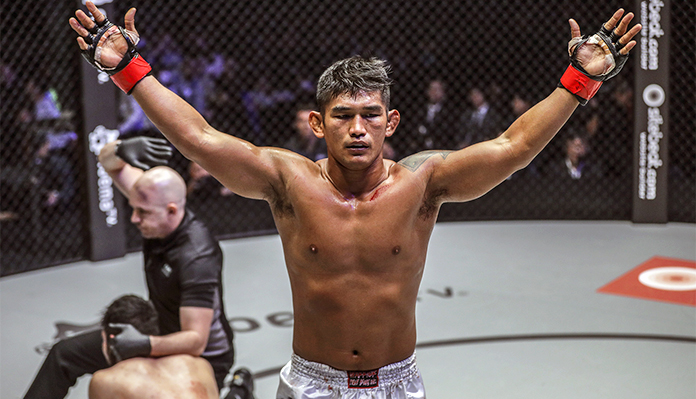 “The Burmese Python” will headline the main event of the second part of ONE: CENTURY, taking place on October 13 where he defends his ONE Light Heavyweight World Championship against Brandon “The Truth” Vera.

“I feel very fortunate to have this spot to showcase my skill set and to put on a great performance, so I’m very excited. (Vera) actually called me out in the first Japan press conference, even before the first Japan event, so it was a year ago when this started.”

Both champions have dominated their respective divisions and have earned the respect of their fellow athletes. They also came out on top in their last four respective bouts, winning via crowd-pleasing knockouts.

The two athletes are similar on paper with like skills, but Aung La feels he’s sharper than Vera because he has been more active. “The Burmese Python” has competed 11 times since his ONE debut in June 2014 while “The Truth” has had only four matches since he joined ONE in the same year.

Aung La is certainly banking on Vera being off his game in order to secure victory.

“I don’t think it will be ring rust for him, but the nerves leading up to the event [can] affect the person. We will see how he deals with it. I have a feeling that he will be dealing okay with it, but he won’t be as comfortable as me. I’ve been in that Japan crowd, and I’ve had six World Championship fights in the last two years. That is going to be a big factor.”

To be in the most prominent and final match of a historical moment of ONE is a prestige many athletes want, but Aung La views this differently. But it’s all the same for Aung La, he vows to put up a performance of a lifetime.

To be making history in ONE Championship’s 100th live event can be too overwhelming for some, but Aung La says he is more than willing to rise to the occasion. The 34-year-old admits that this champion versus champion showdown tops all the other matches he has had in the past.

“It is a big opportunity for me. I am really amazed that I’m here, but at the end of the day, it’s still a fight,” Aung La concluded.

“I’m going in there and I have to compete against this one person. In that way, it’s not that big. Career-wise, this is the biggest opportunity and the biggest fight for me. I really embrace it. To be in the 100th show for ONE Championship, that’s amazing.”