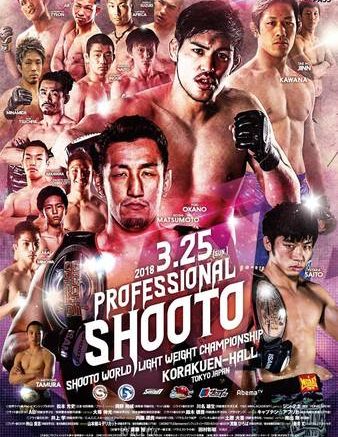 This weekend saw a strong Shooto card at Korakuen Hall in Tokyo. The main event featured lightweight champion Koshi Matsumoto defending his title against Yuki Okano. In a measured performance, Matsumoto finished his opponent mid-way through the first round, with two powerful right hands before the referee stopped any further damage. This leaves Okano in a difficult position. The huge lightweight who has fought as high as middleweight would be best suited to a return to his natural home of 77kg (170lb). However, with the lack of options above 70kg, this seems unlikely. 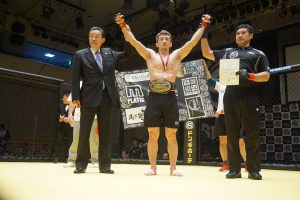 In the co-main event, featherweight champion Yutaka Saito brutalised Filipino Drex Zamboanga. With a heavy top game and aggressive ground striking, he forced the TKO with only two seconds remaining of the fight. 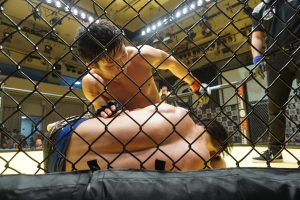 Prior to this, Yuki Kawana took on Jin Tae Ho. After a cagey first round, he was able to take his rangy Korean opponent to the ground and control him to a unanimous decision. 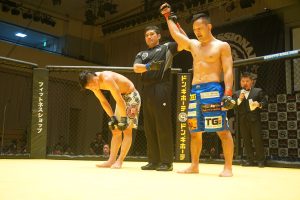 In another lightweight match up, Nobumitsu Tyson won a decision over AB. This wasn’t the wild Tyson that we saw earlier on in his career, and certainly didn’t look like the same fighter that beat Shinji Sasaki four years ago. He avoided pushing the action, waiting for opportunities to counter strike. These didn’t materialise as often as he would have hoped, but nonetheless, he was able to get a fairly clear decision win. 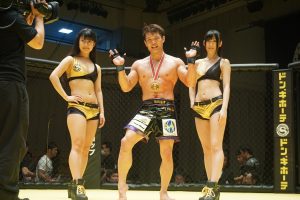 There were excellent performances throughout the card, one of which from Dericott Yamamoto, who forced a guillotine choke victory over Takashi Takayama. Also, was a fearsome performance from powerful grappler Hiroba Minowa. The straw-weight won by rear naked choke in the second round after getting dropped in the first. 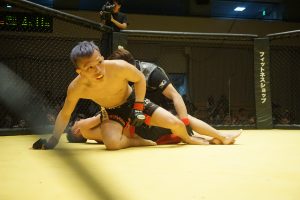 Another stand out performance was from the interestingly named Captain Africa. The Osaka native defeated Shingo Suzuki by first round armbar in only his third professional fight. Suzuki, on the other hand is having a bad run, and has yet to win a contest since losing his welterweight Pancrase title in 2015. 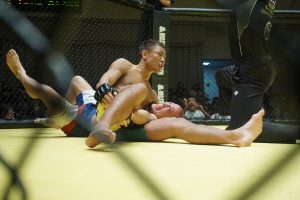 ONE CHAMPIONSHIP LAUNCHES TV AND FILM PRODUCTION ARM ONE STUDIOS