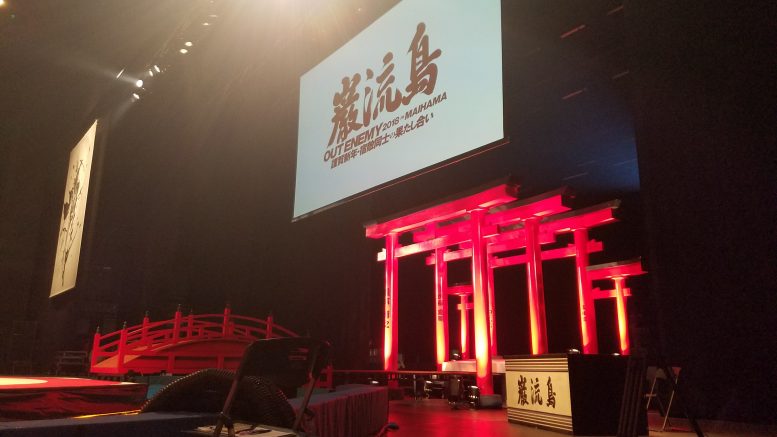 On January 3rd, Ganryujima (Moat Fights) kicked off 2018 with a spectacular show. If you do not know what Ganryujima is all about, check out our article from back in September that explains the rules of this competition.

This promotion never lets us down. They bring in exciting fighters from all over the world to compete. This time only one of the fights on the card went the distance. Everything else was decided by KO or TKO. The best way to describe what Ganryujima is would be to call it a video game that has come to life. This is truly a style vs style competition where only the best will go on to win.

One of the most talked about fights was the first one on the card S-Date vs Shunsuke Kazuki. During the second round Date, who goes by the ring name of Tiger, hits Kazuki with a rolling heel kick and KOs him instantly. Kazuki was later taken backstage on a stretcher. 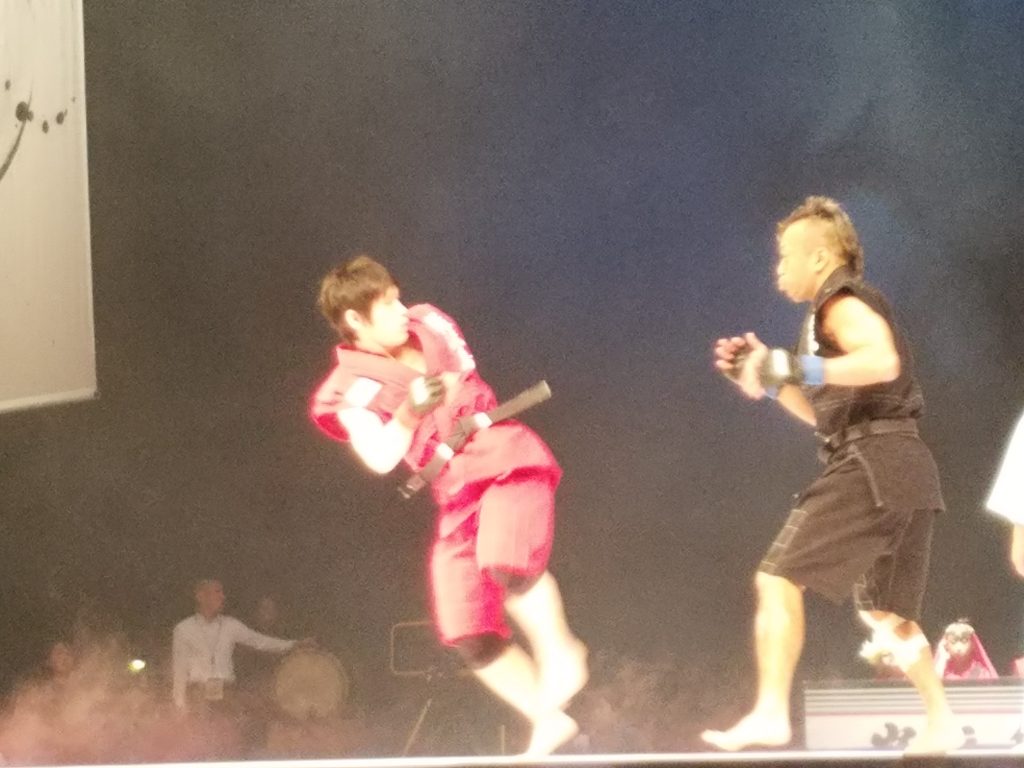 Ganryujima 9 featured 8 bouts and the first fight set off the attitude for the entire event. These fighters were here to bring us the kind of fights that all fight fans want. No draws and nothing left up to the judges. They also brought out some big guns to fight. The megaton matchup on the card was Hideki “Shrek” Sekine vs Jimmy Ambriz. Each fighter was well over 100Kg in weight.

The crowd reacted seeing these 2 giant athletes fight. You could hear each of their punches landing throughout the arena. During the course of Round 1, Sekine got the advantage on Ambriz and delivered some significant strikes. This was enough to win the match and the ref saw enough and called the match a TKO.

The main event of the evening was Katsunori Kikuno vs Michihiro Omigawa. Both fighters are top level black belts in their arts. This fight started out looking as if they were evenly matched. Both fighters went back and forth, exchanging punches.

Kikuno was able to get a takedown on Omigawa and finished the fight with a ground and pound. After several unanswered punches, the Ref called the match and Kikuchi got the win by TKO.

Overall this was an excellent event with a very high production value. If you would like to see the re-play of the event you can watch it on https://www.fite.tv/  on January 8th.

Demetrious Johnson Explain why he joined One FC