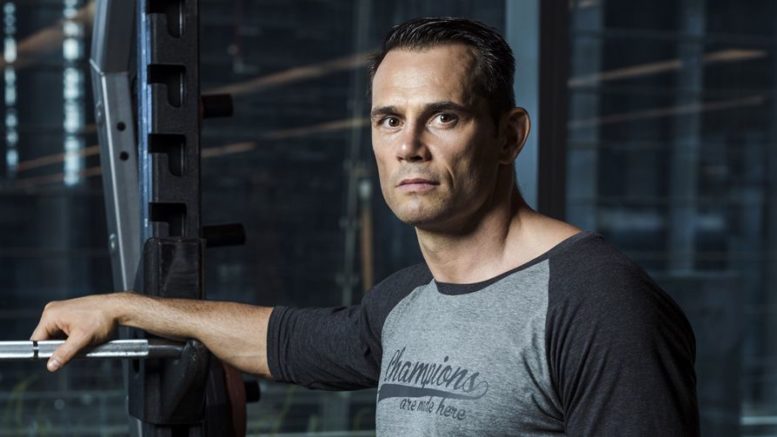 Franklin will be backed up once again by co-host Jonathan Fong, both having worked together previously on the acclaimed ‘One Warrior Series’. The entertaining rapport between the 2 hosts is undeniable with Fong’s light and humorous contributions perfectly complementing Franklin’s Martial Arts knowledge and philosophical insights.

While Martial Arts content will be well represented, the long form conversation podcast is more than just a martial arts discussion platform. Guests from diverse backgrounds have a platform to engage in, as Franklin frames it, “deep dive discussions on a variety of topics and ideas, featuring content that aims to entertain, educate, and inspire.” With Franklin at the helm and Fong by his side the hour long show is infectiously engaging.

A fitting presenter for the first 2 episodes Brian Cain, the mental coach from Franklins legendary fight days, steps up to the microphone. Cain is a world renowned authority on Mental Performance Mastery (MPM) and has coached a host of elite athletes spanning a wide array of sports. In both episodes 1 and 2 Franklin and Fong delve into the mind of the #1 international best-selling author and charismatic speaker.

With the launch of ‘Franklin Speaking’ One Championship adds yet another feather to their bow as they further diversify their extensive and exclusive content. One Championship recently unveiled a slick and stylish trailer for their highly anticipated ‘Apprentice One Championship edition’, which will air late this year.

Offering their own unique twist to ‘the Apprentice’ formula, 16 athletes from around the world will be assessed in both physical and business challenges. The winner securing a lucrative $250,000 position working under the mentorship of One Championship CEO Chatri Sityodtong.