Just last week we attended Rizin Summer 2017 Fight Rock Festival. It was a spectacular event that was stacked with a very interesting card. It was also with out its controversy. One the fighter that has made Rizin what is today is Gabi Garcia. She has been on nearly every card since the promotion started.

If you have been living under a rock perhaps you do not know who she is. She is one of the most respected BJJ Player in the world. She has won many major BJJ tournaments all over the world. She recently made the jump to MMA. Most of her MMA fights have been in Rizin FF, but she has also fought for ShootBoxing as well.

Gabi is still trying to cut her striking teeth. Her BJJ and grappling are already there. As we have seen in the past, athletes that start and specialize in grappling have a difficult time to learn striking. It’s not impossible, but as we often seen their striking skill and knowledge of the striking game is very low.  This is the case with Gabi. Her striking is just not there yet, and her knowledge of the striking game is even worse. This is not to say that she is a bad fighter or bad athlete, I am just pointing out that the skill needs some polish.

What she doesn’t have in striking skills she makes up with in size.  She is a large woman. She is weighing in at 120Kg. She is pure muscle and looks very strong. 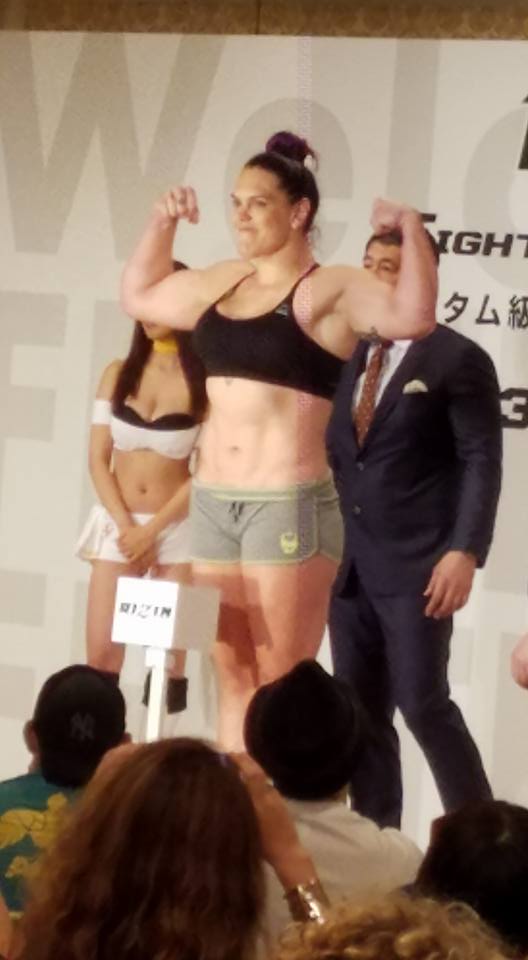 Her opponent for the Rizin event was Oxana Gagloeva. She had a 0-0-0 fight record going into this bout. She is also a very large woman albeit not sharing the ripped physique that Gabi has. Oxana was a bit more soccer mom-esque in appearance. We were not sure what kind of fight preparation she did for the fight and we were curious to see just how she would do in this fight.

Unfortunately, we did not get to see much of her skills because 16 seconds into round one she suffered an eye gouge from Gabi.

Just after the gouge happened the ref called time to let the Doctor check the eye. It is customary for a fighter to get up to five minutes to recover from an eye gouge. From our prospective, she was not blinking and was not rubbing her eye at all during the five-minute rest. We speculated that her eye was not injured and she didn’t like getting punched and kicked by Gabi. I mean who would, right? But this is the fight game! There’s no giving up.

At the end of the five-minute rest, Oxana said she could not continue. She called it quits. This officially moved her record to 0-0-1. The crowd, as well as Gabi, were very disappointed by this turn of events. Especially Gabi because this was her second No Contest on her record in just a month! Se recently had a NC result in her debut in Shootboxing, where she soccer kicked the head of a downed opponent. We hope she has better luck next time.

A few days later posted a picture of her damaged eye and had a raving complaint about how she was treated by the Rizin staff. We cannot comment on that because that was something we were not witnessing to. We can only speculate on what we saw. 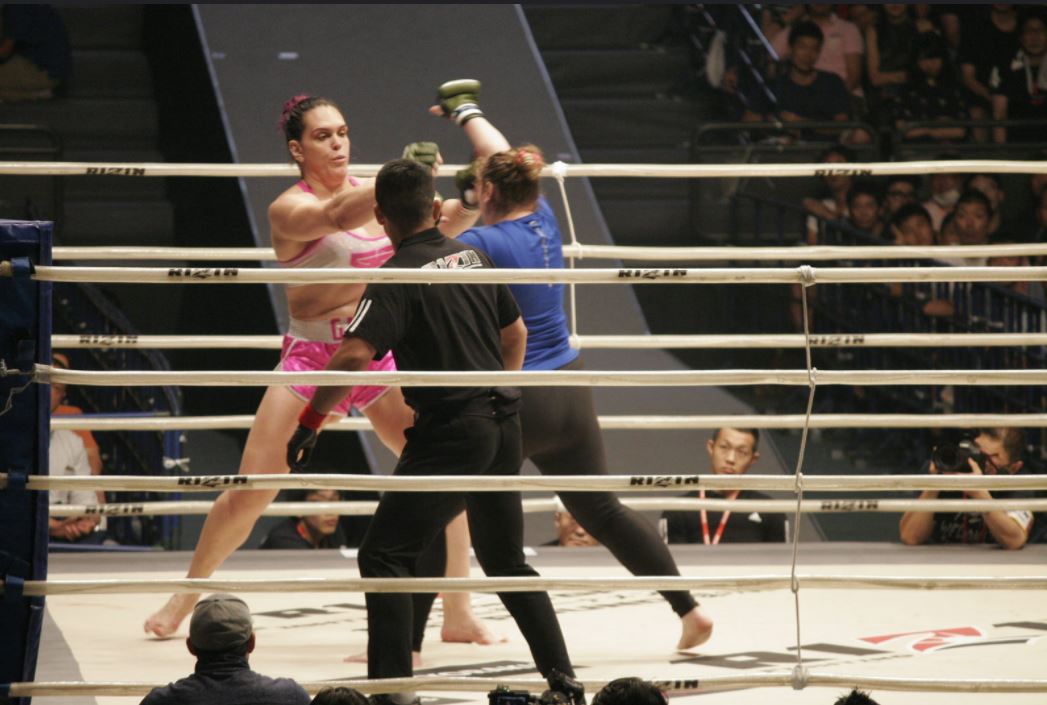 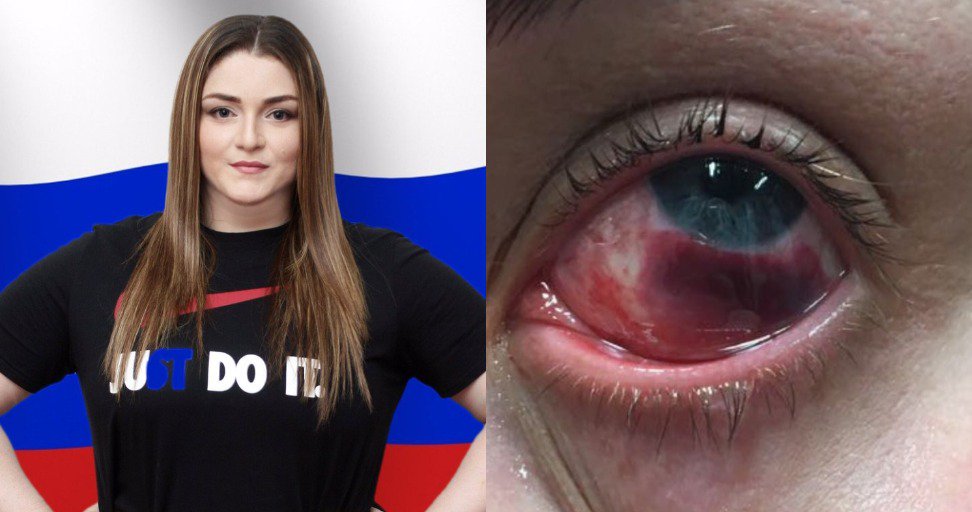